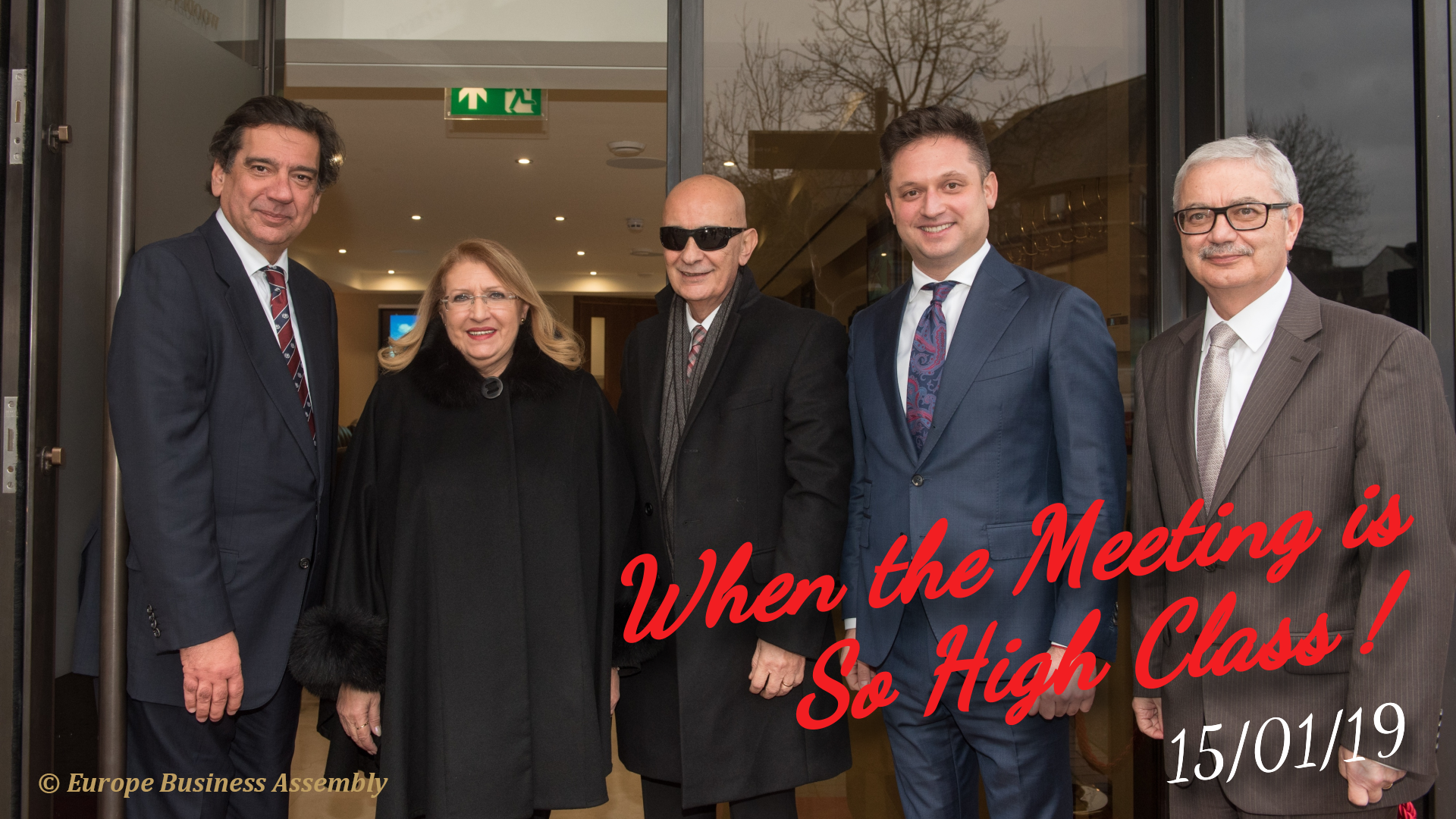 Her Excellency Marie-Louise Coleiro Preca is a Maltese political leader and the 9th President of Malta, since her appointment in April 2014. While her Presidency a lot of projects have been implemented directed at enhancing the efficiency of the reforms to improve the Maltese population's standard of living and investment attraction.

During the Official meeting, H.E. Marie-Louise Coleiro Preca and EBA’s Director of International Relations Mr Ivan Savvov discussed the opportunities for mutual cooperation on the highest level that would facilitate the development of various projects in business, education and medicine between two countries in general, and development of partnership relations with EBA specifically.

At the end of the meeting, both sides exchanged special gifts and Maltese President made a warm entry in the Book of Honorable Guests of EBA’s Academic Lounge:

'I augur you success in all your future endeavours to continue to enhance Maltese-British relations by bringing our two people together through business and civil society actures.'

So the Maltese Cultural Centre was successfully established in the heart of Oxford and all EBA Team is committed to moving actively in similar directions! 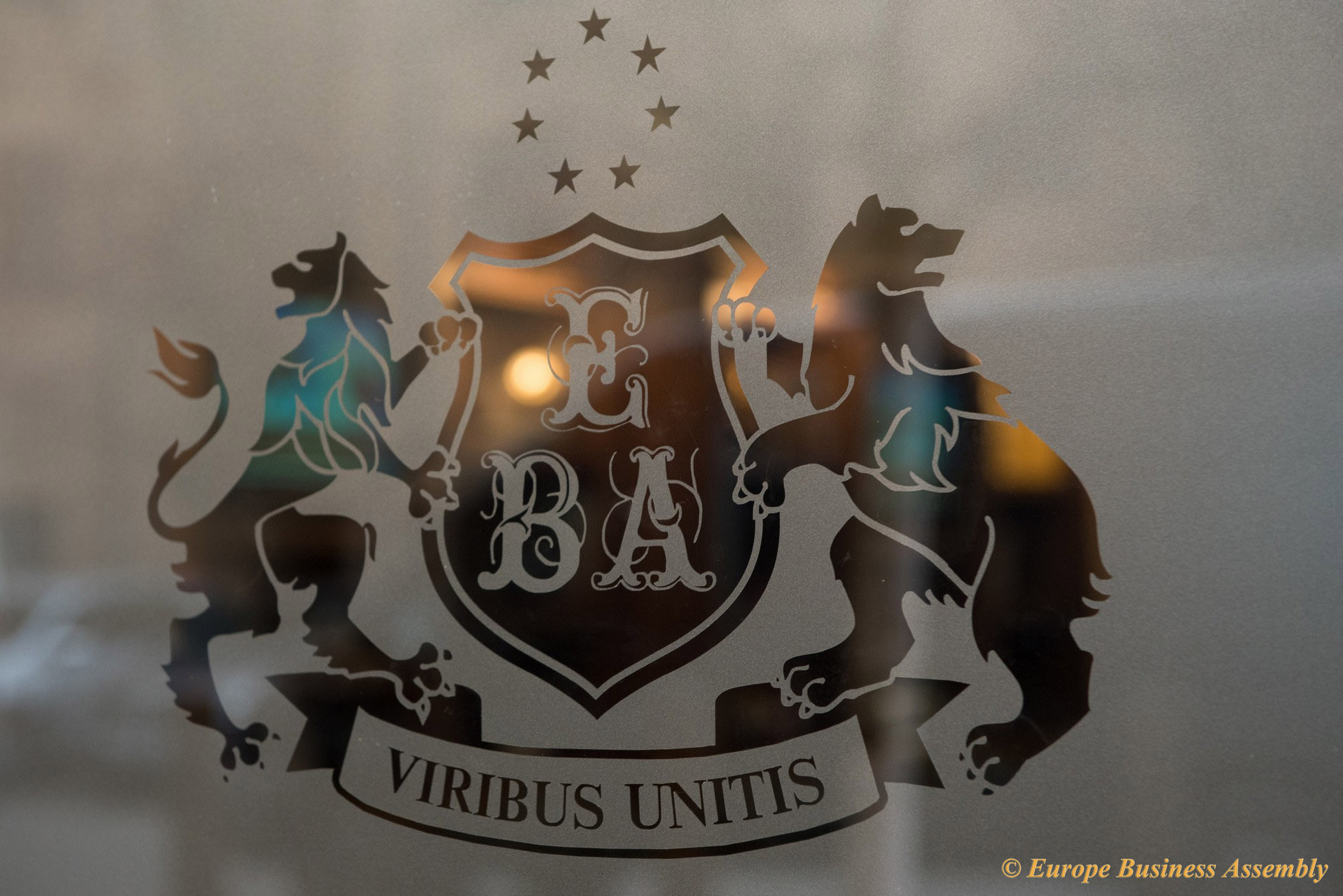 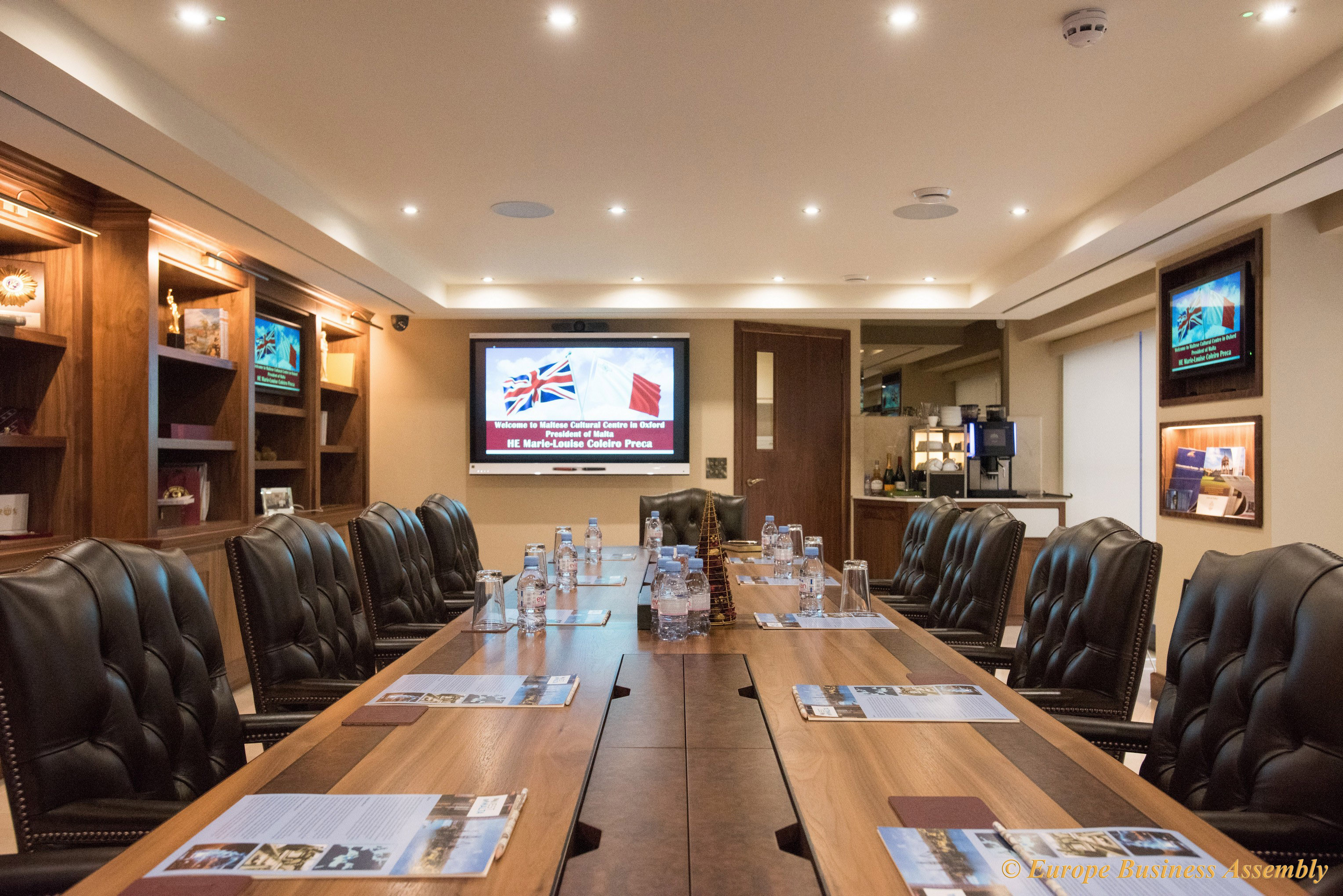 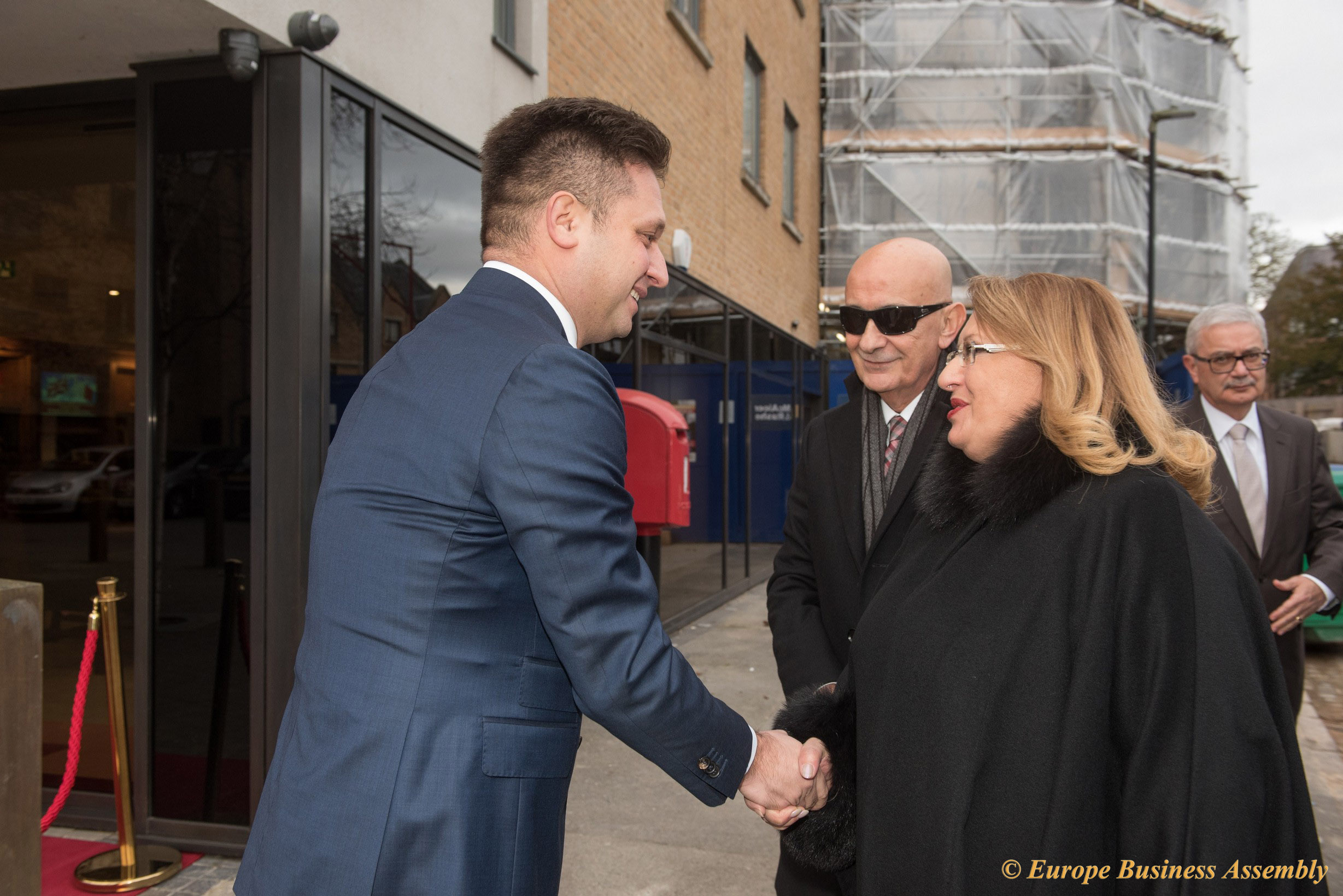 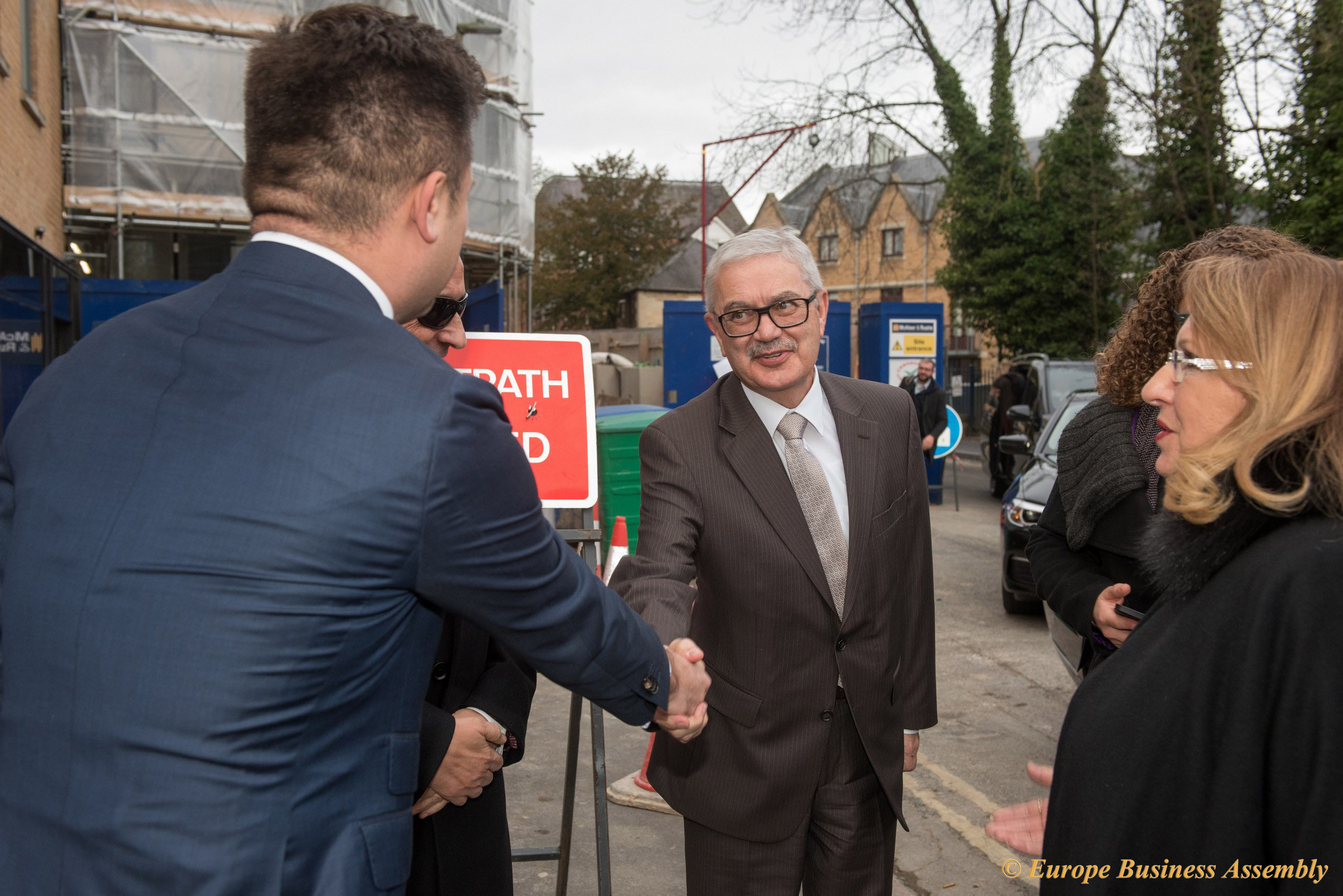 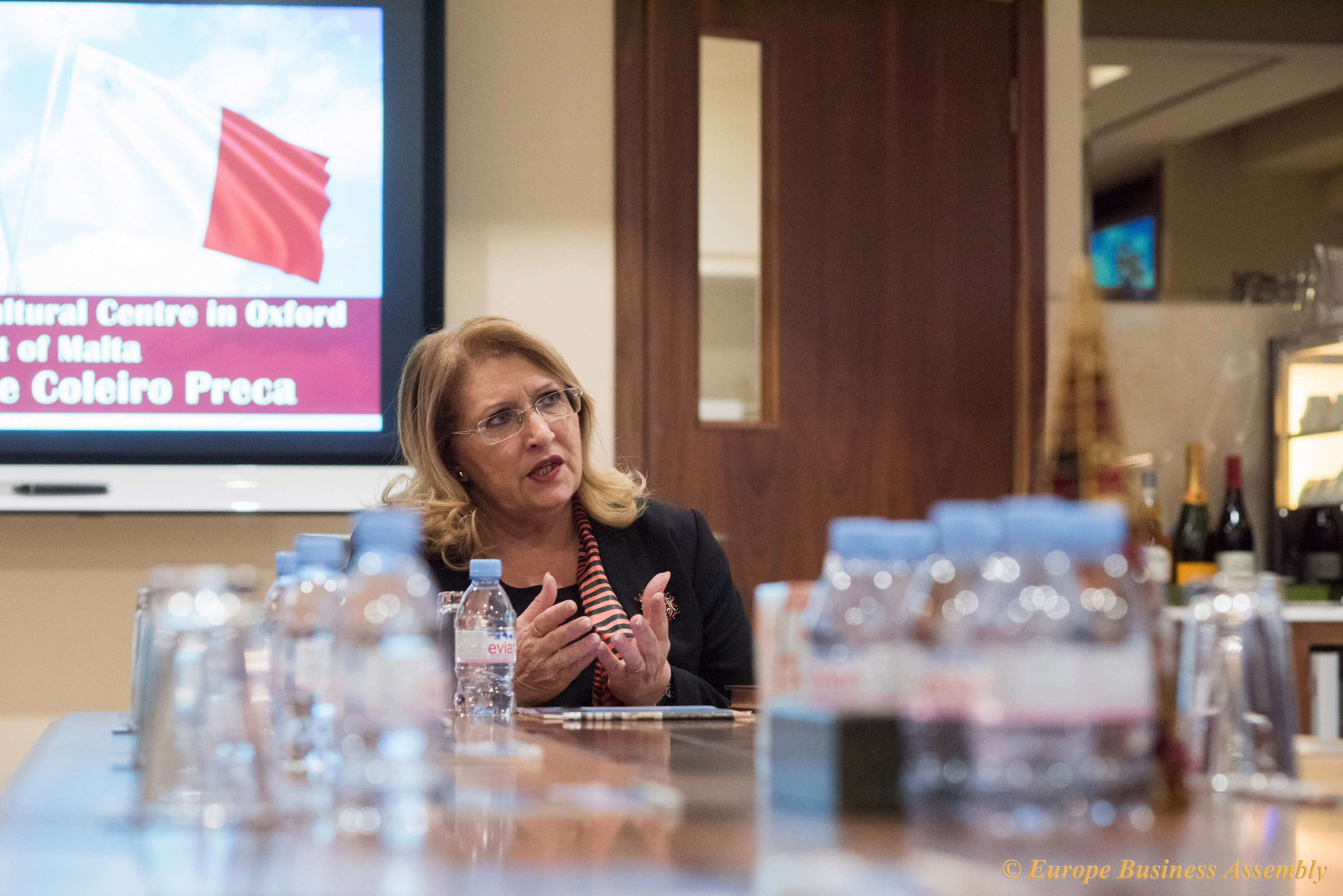 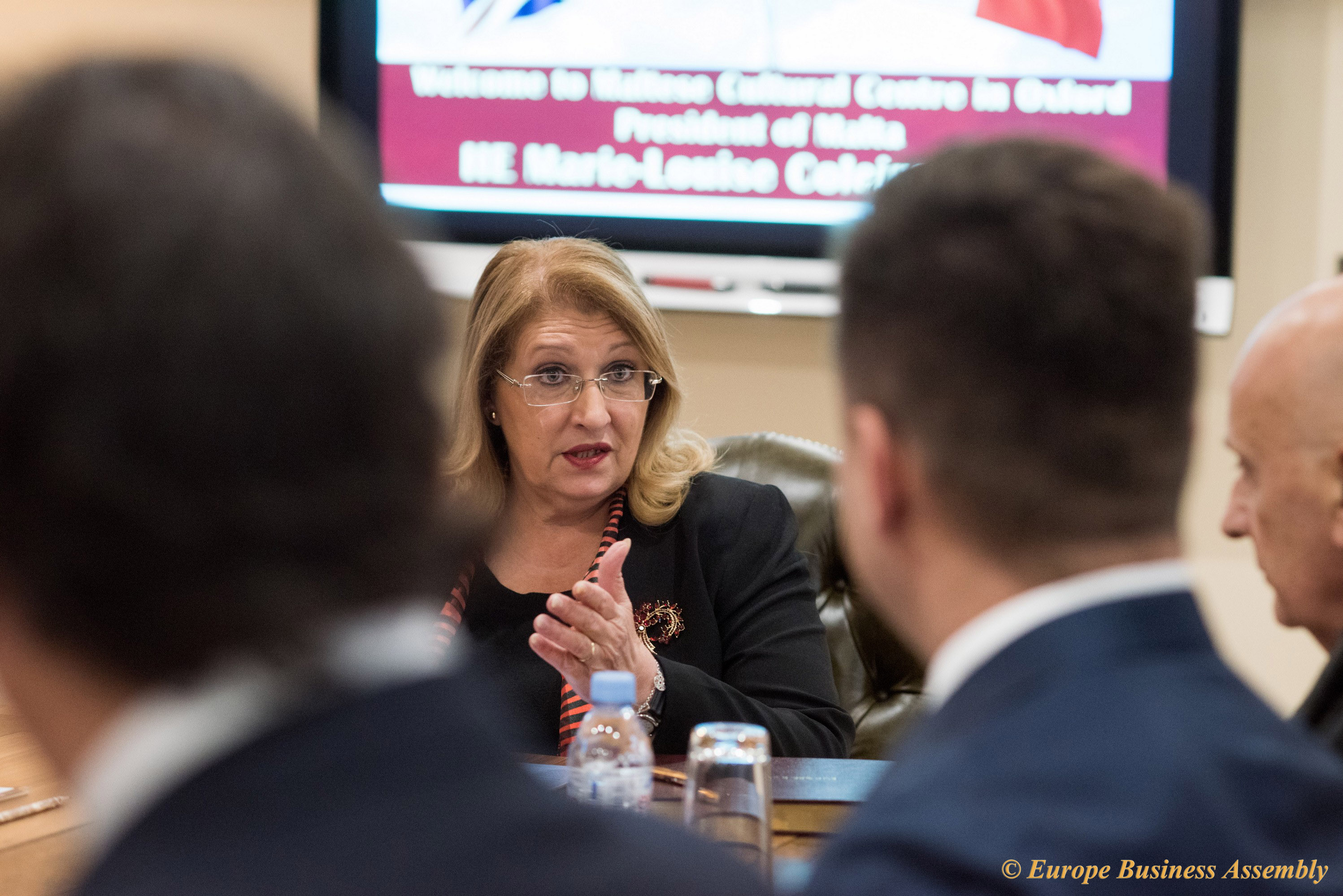 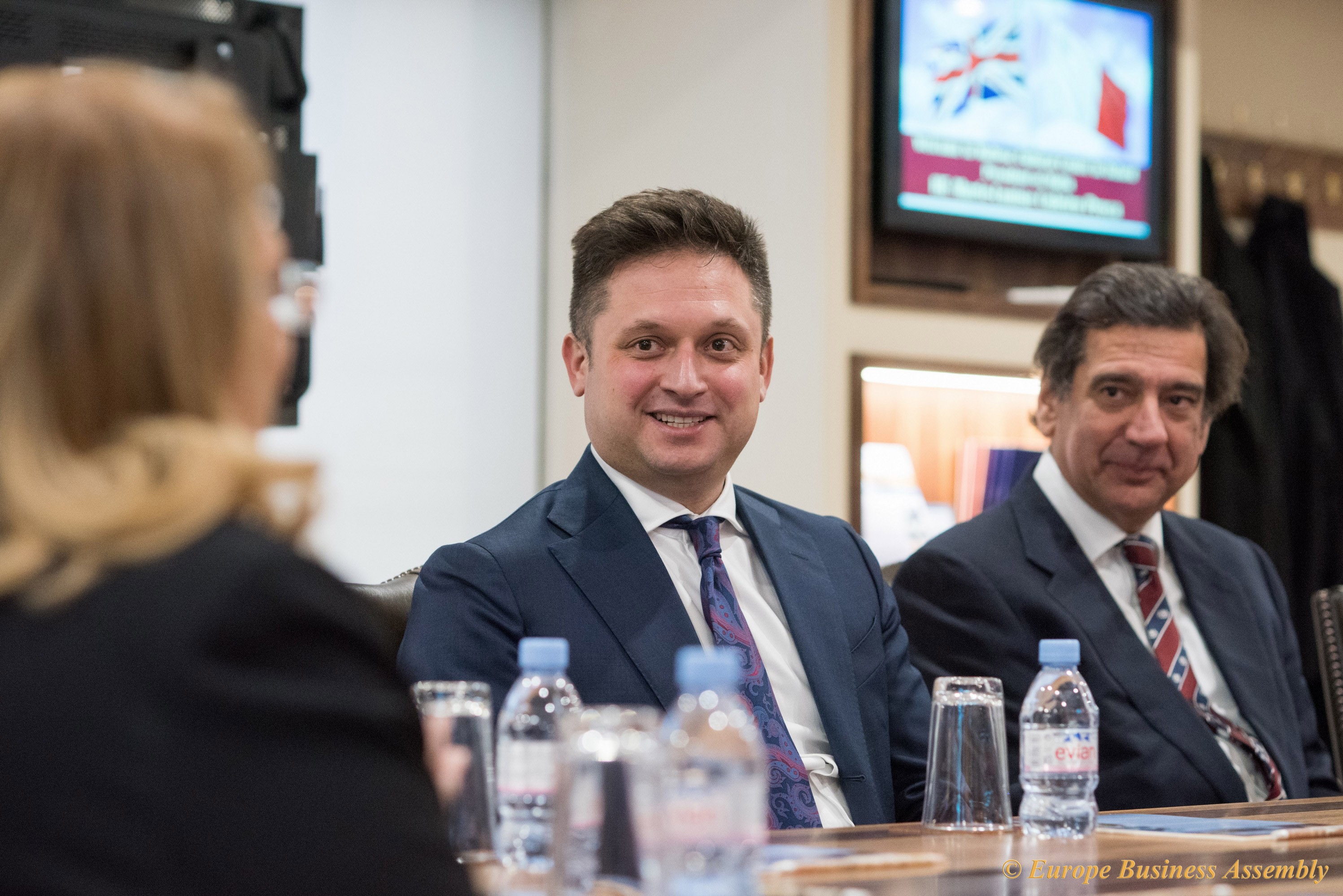 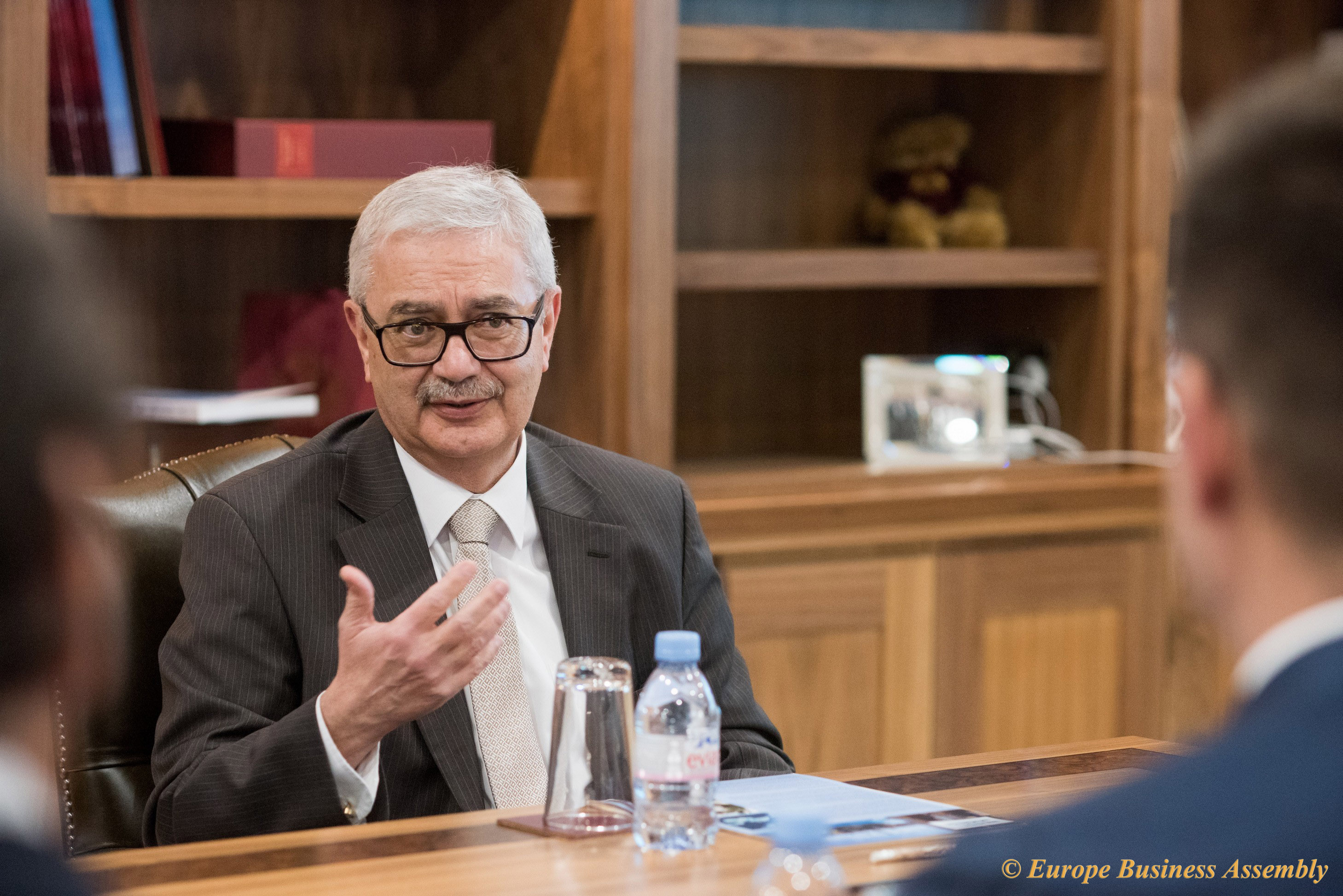 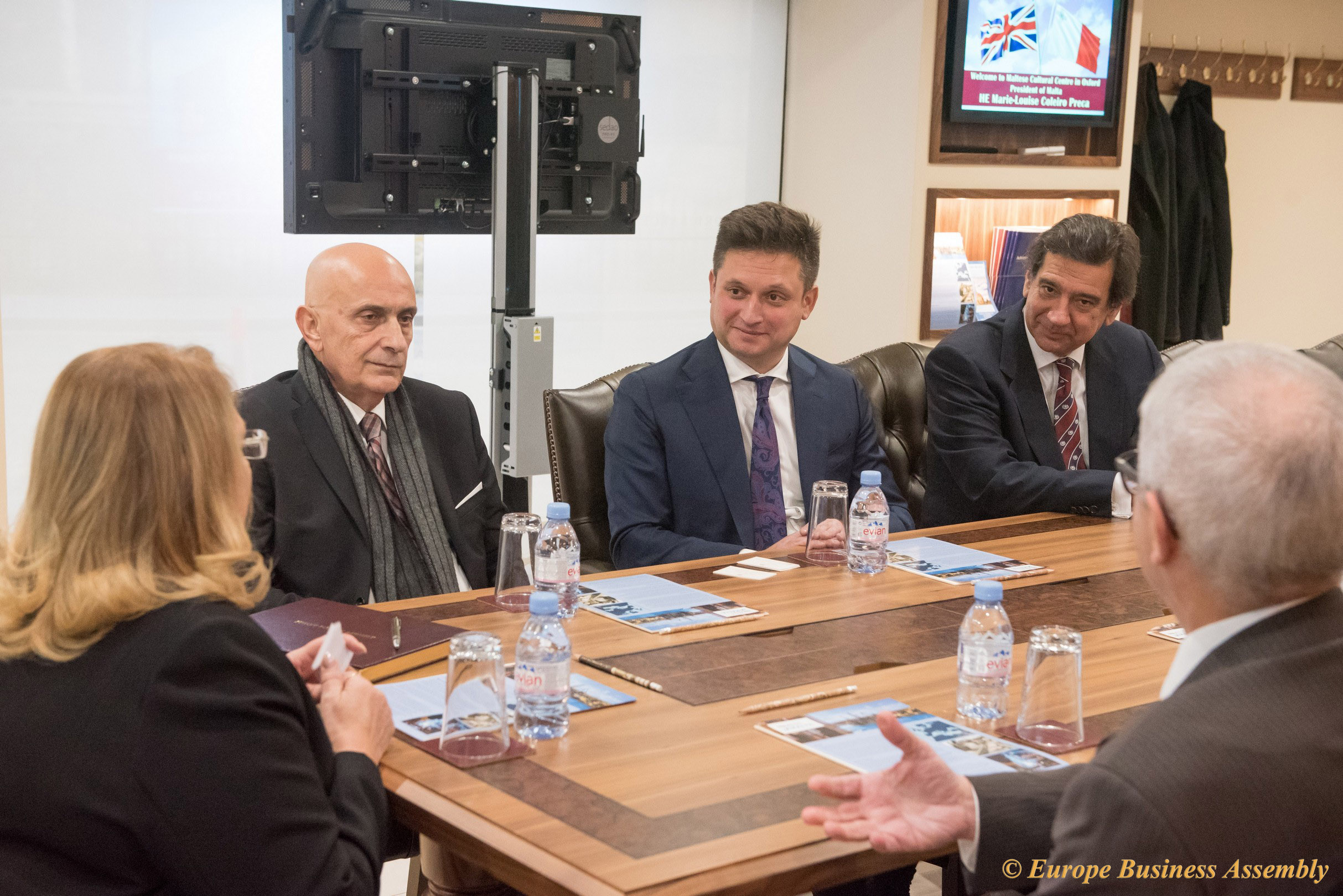 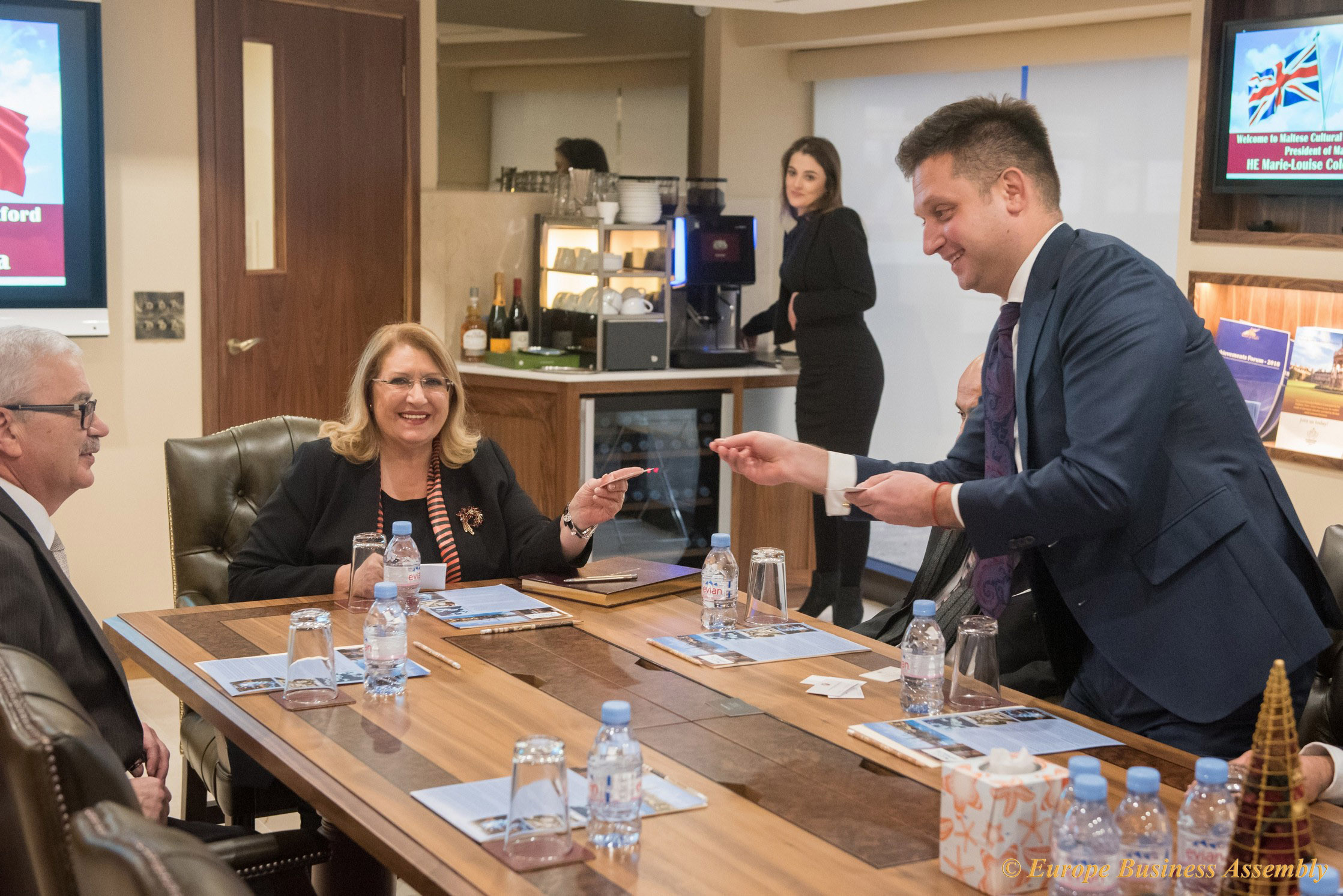 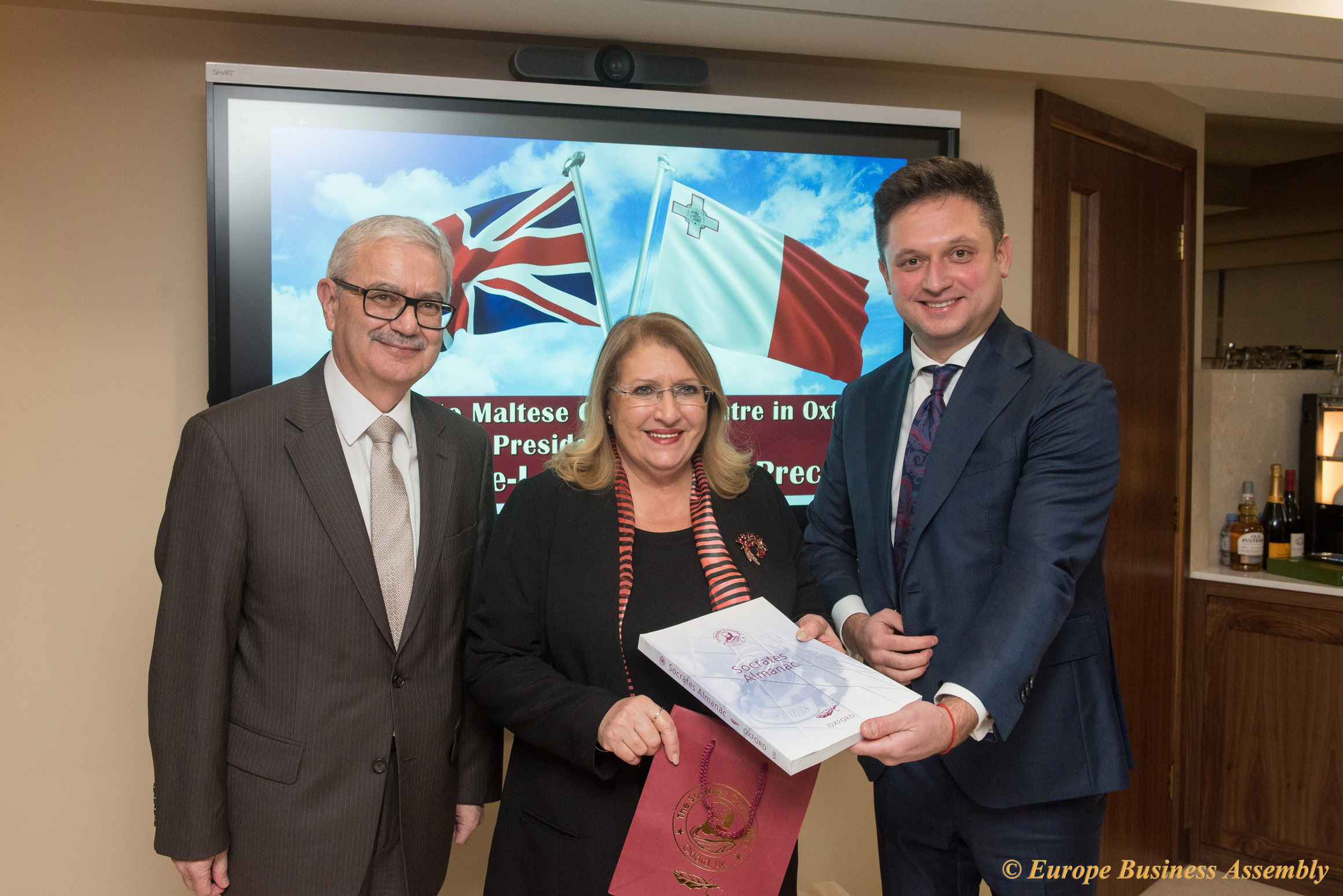 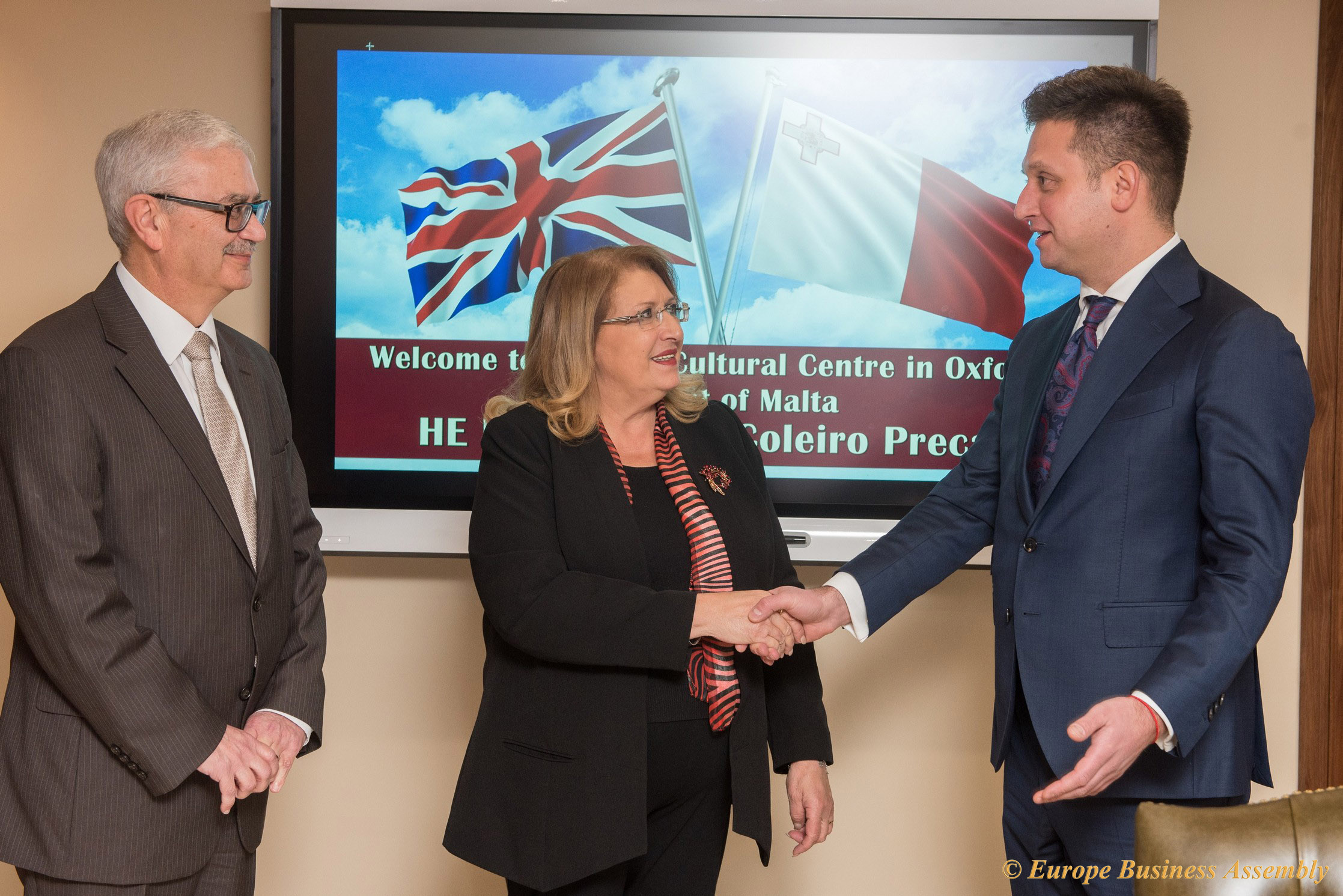 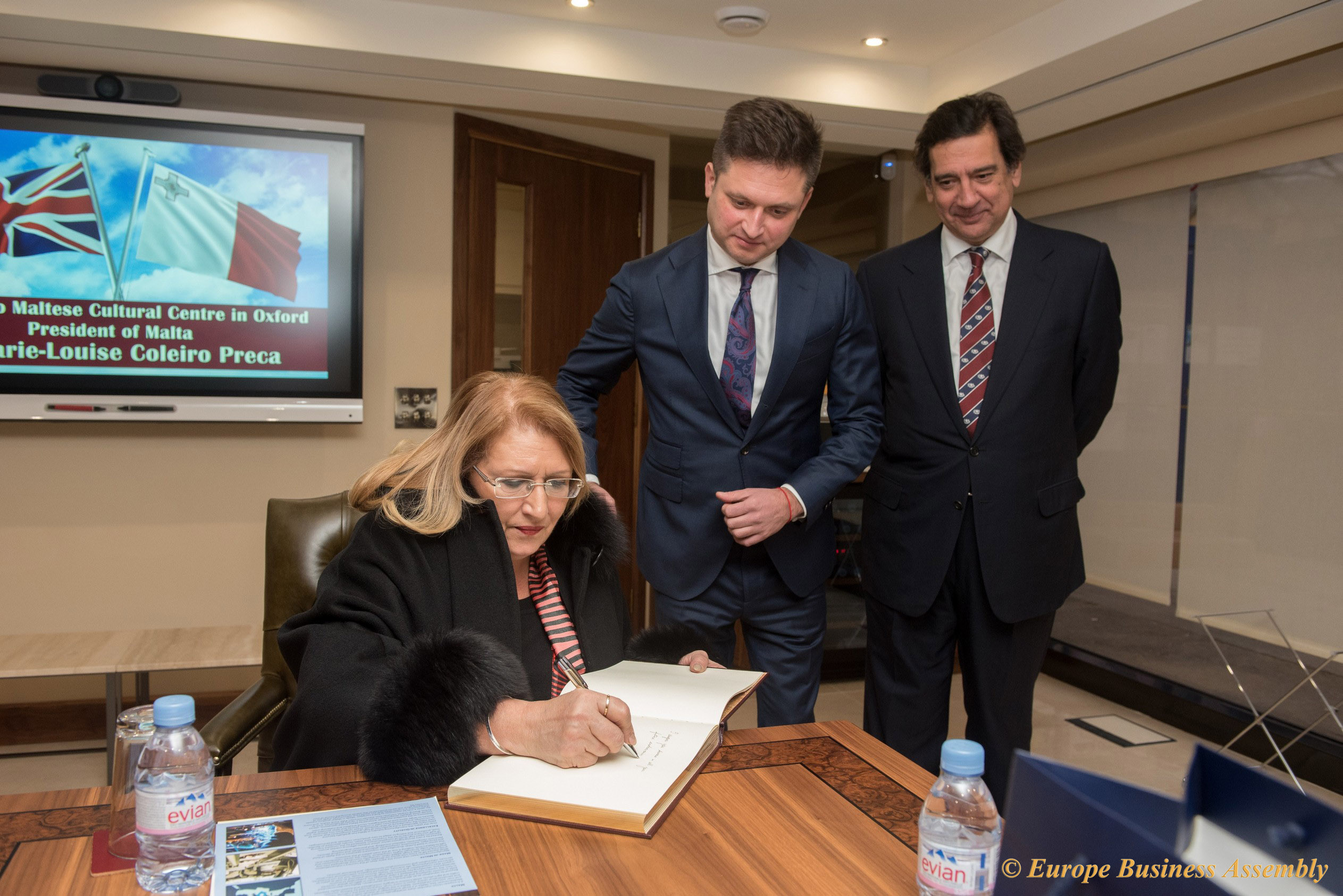 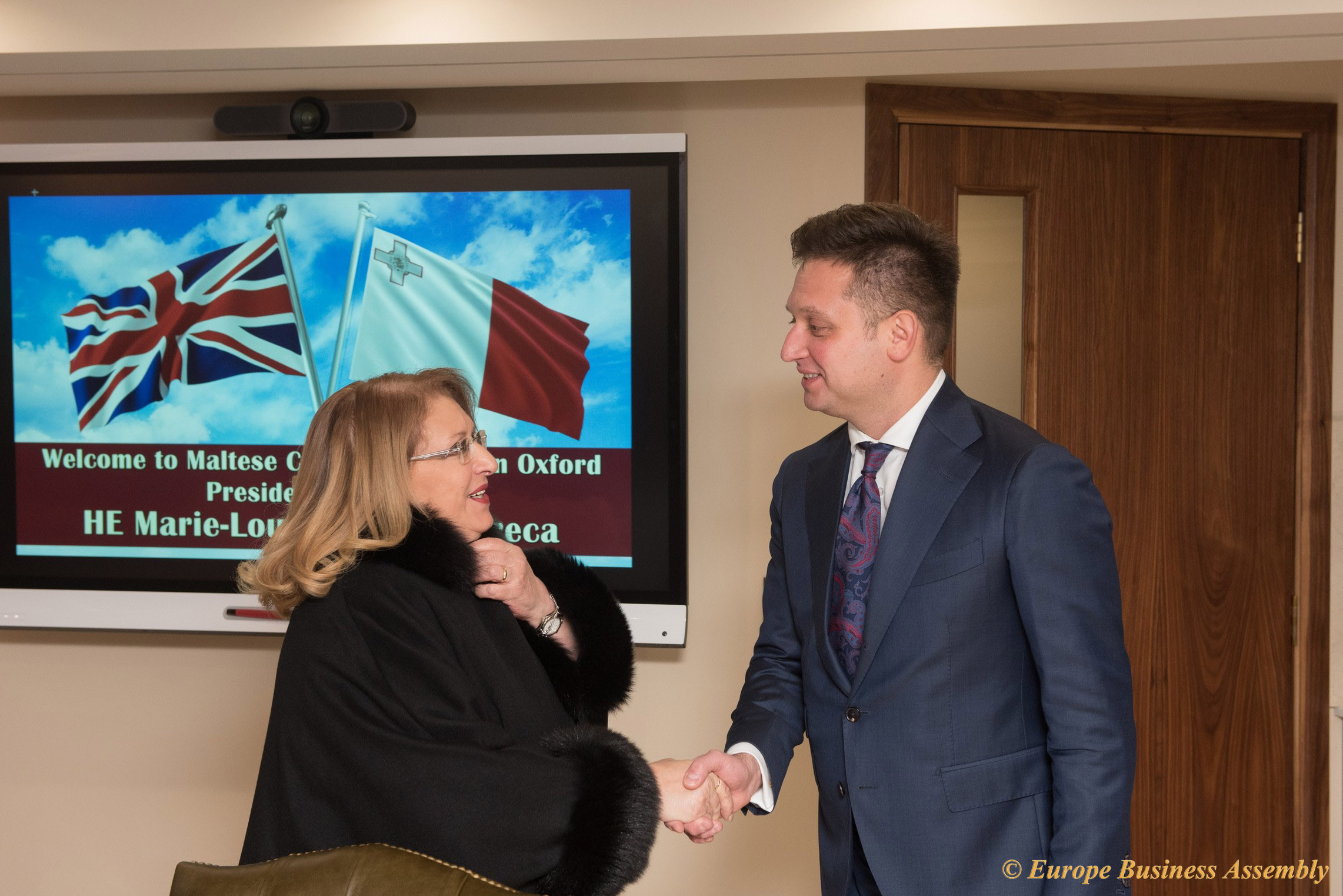 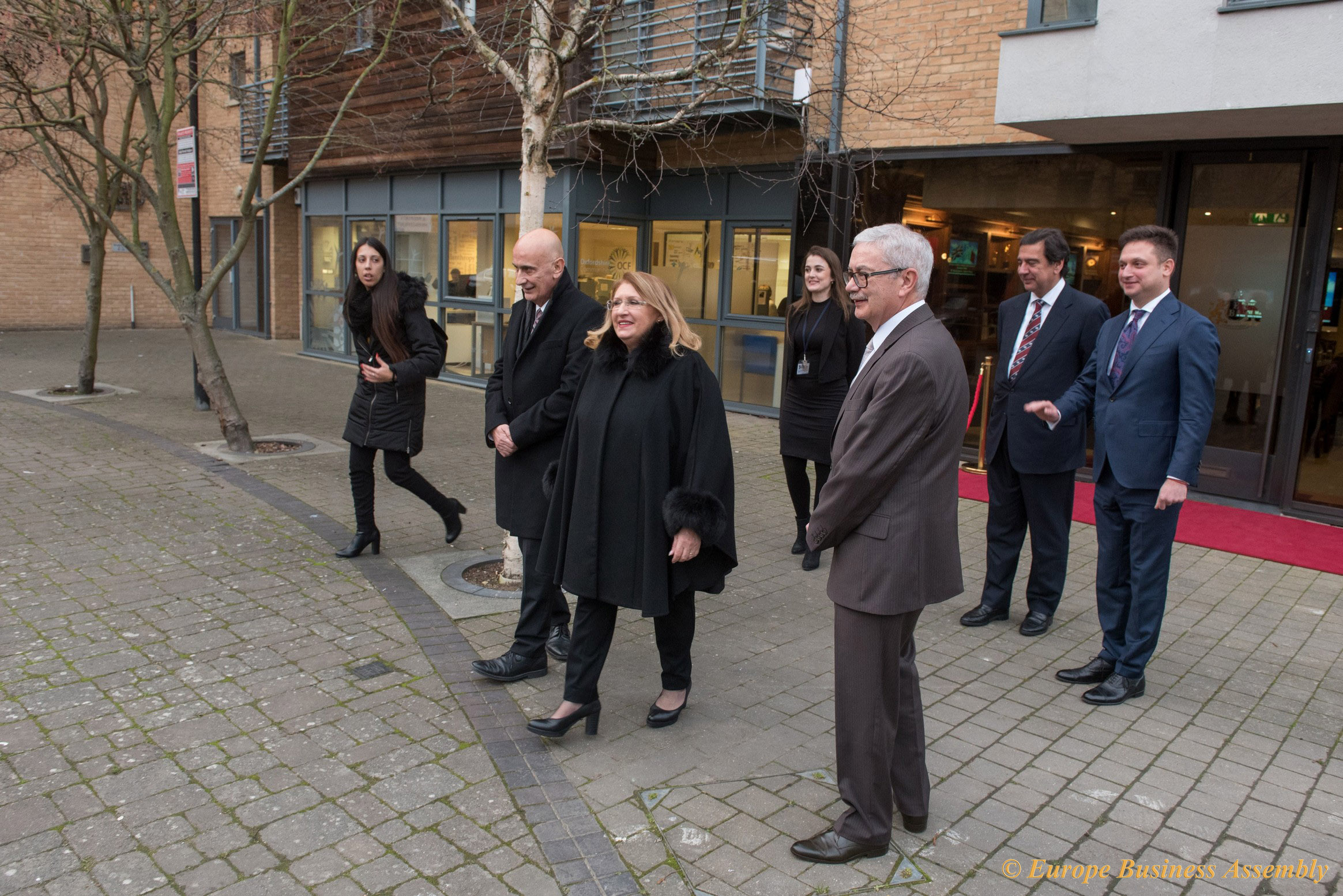 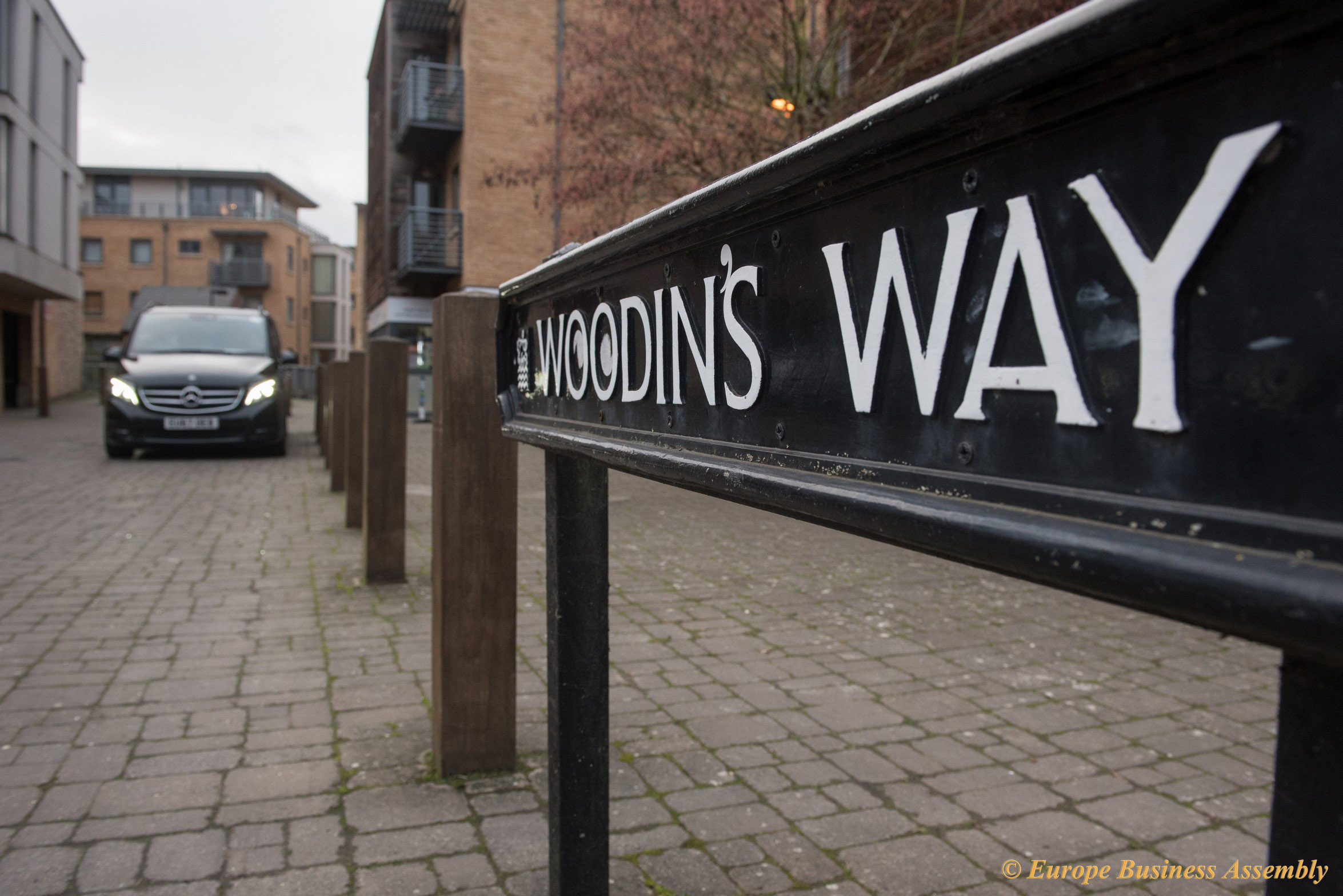 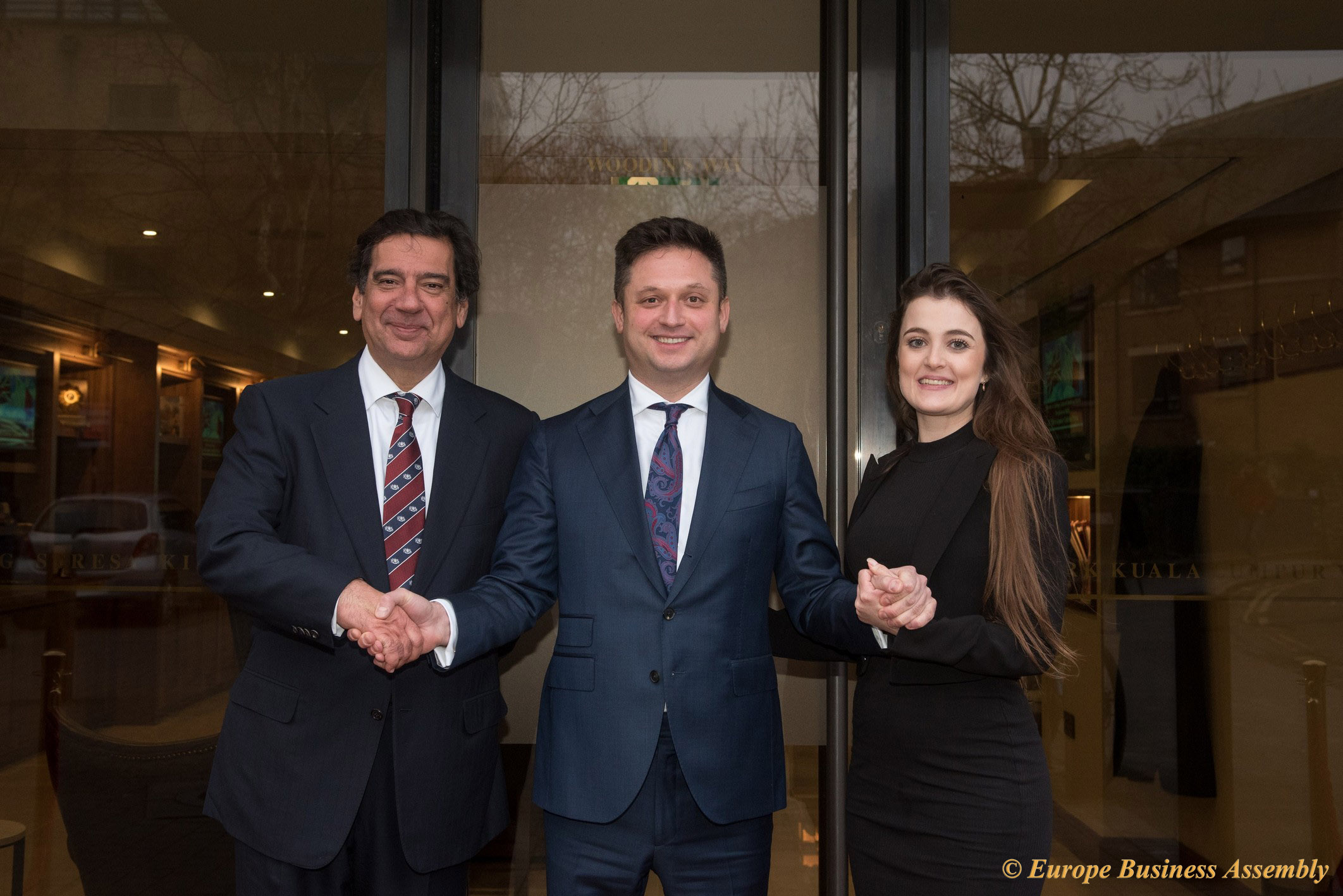 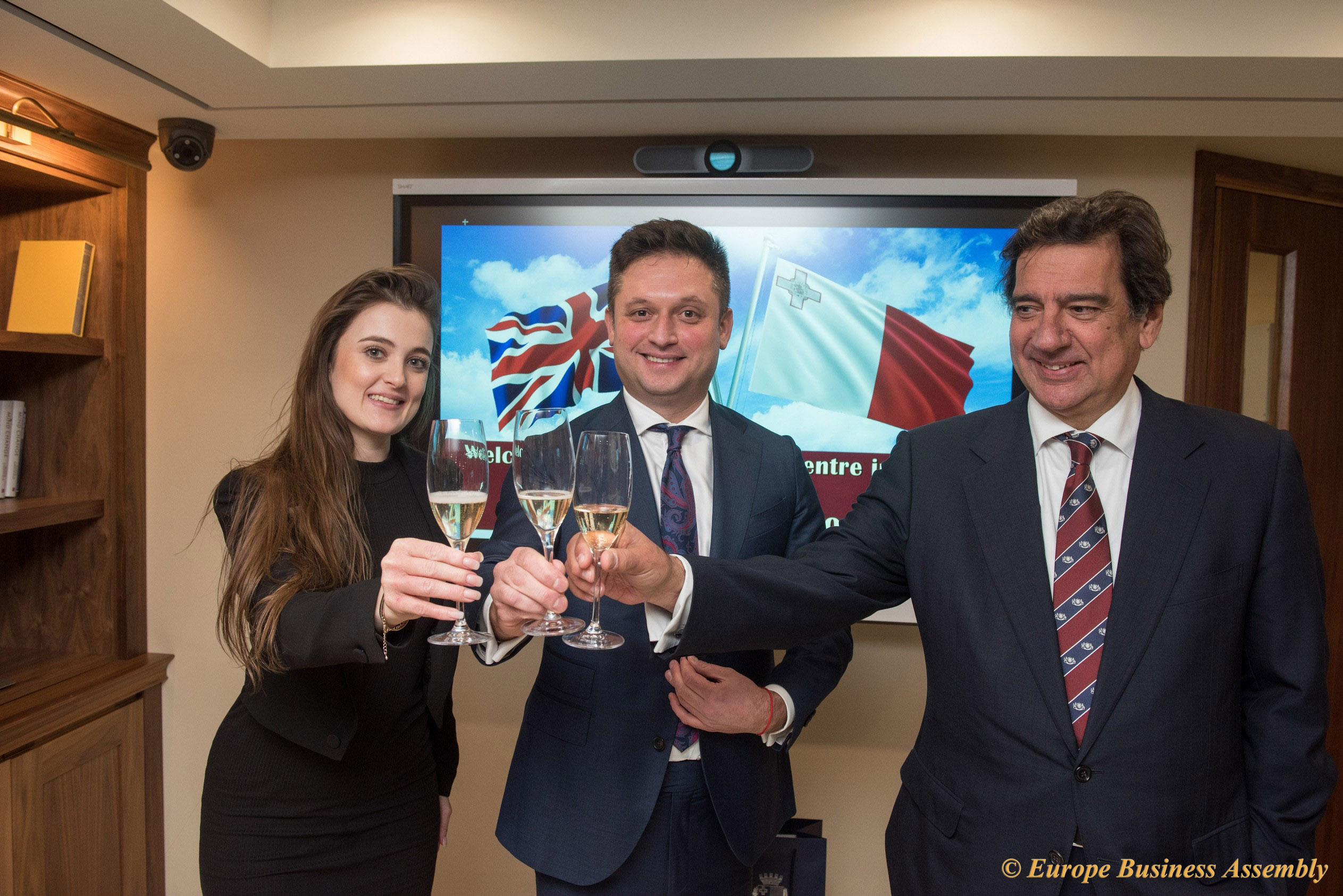